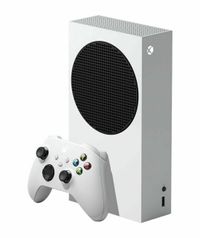 The Xbox Series S hasn't shown many signs of failure as of yet, with the exception of an intermittent shutdown on some consoles, which seems to work fine after a reboot. That said, this page will be updated as and when issues are found.

HDMI ports are now available for this console on Aliexpress. The ports appear to be reliable and well made, and should be a trustworthy part to keep in your inventory.

This is a work in progress, but here's an ultra high resolution (108megapixel) image of the Xbox Series S motherboard, complete with some standby voltages for debugging. More images will come soon, but until I create a breakout cable the half of the board that is covered by the power supply cannot be accessed, so there's not a lot of test points which can be accessed for probing.