This guide is applicable for most pascal cards from 1060 to the 1080ti, some vendors may create different PCBs or use different components but the general working principles for all of them should be the same unless specified. This guide uses a reference GTX 1080 as an example.

The resistance varies from card to card and the value itself doesn't matter but it should be in the thousands+ Ω range.

The card gets 3.3V from the PCIe slot only, from the 4th pin going left from the PCIe key notch in the front, and 2nd and 3rd pins on the back going from the notch again.

If you get less than 50Ω on one or multiple base rails then you have a card with a short. The computer might not turn on in such a case because the power supply is protecting itself using OCP (over current protection). Solution: Check out this page dedicated to Base Voltage Rail Short on Pascal GPUs.

The order in which they turn on in most pascal GPUs is as follows: 5V→ 1.8V→ VCore→ VMem/PEX.

If you're missing one of them, check their respective page:

Everything is present but still no video out? You either have faulty Memory, Bios, GPU chip itself, or in some cases a problem with straps.

If you've reached this point, the most likely culprit is the Memory. You can confirm this by powering on the card on the motherboard and plugging it in to the monitor, after a minute or so the monitor's backlight should turn on but without an image.

That behavior means the card initialized but detected a memory failure. Here: Nvidia Memory Testing Guide. is how to detect the faulty memory chips.

If the memory is okay or the card is not even being detected in MATS then the problem is highly likely to be the bios. Check: BIOS Problems on Pascal GPUs.

Assuming there is no physical damage to the resistors, check their values out side the circuit. Sometimes *rarely* they change in value. Below is their location (figure 2) and their schematic (figure 3). 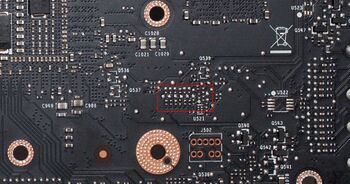 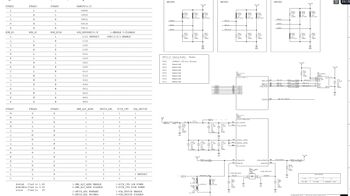